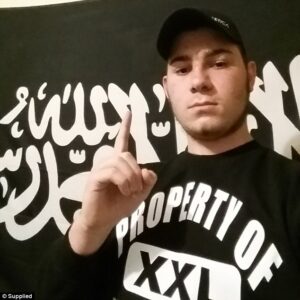 I contacted Corrections Victoria (part of the Victorian Justice Department), which runs the prison system in Victoria, a federal state in Australia, in May 2019 by letter and follow up email in June 2019; eventually receiving a response in January 2020 – a six-month wait – and a rejection.

“The department does not facilitate interviews between media and prisoners so unfortunately, we are unable to assist you this time,” was the statement released by official spokesman Mario Xuereb.

I wanted to speak to Australian-born Mr Besim, of ethnic Albanian origin from Macedonia, and ask if he could throw any possible light or offer any insight over Albanian extremism in Macedonia, in particular, the building of World War II Albanian Nazi collaborator statues in Macedonia by Albanian nationalist politicians. Albanian Nazi statues remain a touchy subject – see link to Nazi statues. 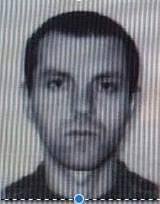 Mr Besim was also asked if he knew of Abdul Jashari (pictured right), an ethnic Albanian Islamist from Macedonia who had fled the country and was wanted by the United States for jihadist terror activities on behalf of the Al Nusra Front.

The Australian Federal Police (AFP) together with the Australian Security Intelligence Organisation (ASIO) run counter-terrorism operations in Australia. ASIO doesn’t take part in any physical raids or arrests but supplies the relevant intelligence usually obtained by telephone and/or internet intercepts or informers. Australia swaps information with other countries on intelligence and terrorism matters, including Macedonia.

An AFP spokesperson issued this statement to me:

“Unfortunately, we cannot answer that question for you. In no circumstances does the AFP comment on the exchange of intelligence or on intelligence requests from overseas (or even domestic) police. The reason is that talking about such exchanges has the potential to compromise activities being undertaken by policing partners. If they want to confirm they have asked us for information, that’s fine. But we won’t confirm or deny it.”

The Macedonian Interior Ministry (MVR) which runs the country’s Police and Intelligence services was contacted for a response but no response has been forthcoming. 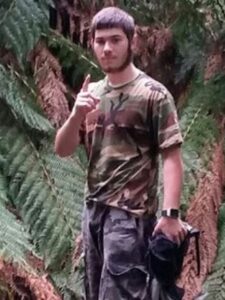 On 30 June 2016 Mr Besim appeared before the Victorian [State] Supreme Court in Melbourne where he pleaded guilty to doing acts in preparation for, or planning, a terrorist act. It was alleged that Mr Besim planned to kill a police officer during Anzac Day commemorations in Melbourne 2015 and then use the officer’s weapon to commit further acts of violence.

On 5 September 2016 Mr Besim was sentenced to 10 years imprisonment. A non-parole period of 7 years and 6 months was fixed.

The Commonwealth DPP appealed against the adequacy of the sentence imposed on Mr Besim. That appeal was heard on 9 June 2017.

On 23 June 2017, the Victorian Court of Appeal delivered judgment in the appeal. The Court upheld the appeal and resentenced Mr Besim to 14 years’ imprisonment with a non-parole period of 10 years and 6 months.

In allowing the appeal, the Court said the starting point when considering the appeal ground of manifest inadequacy was the maximum penalty for the offence, which in this case was life imprisonment.

Further, the Court said that, in sentencing those convicted of terrorism offences, Courts will accord primacy to considerations of general deterrence and denunciation above the personal circumstances of the offender. – more on Sevdet Besim here and here

Questions I posed to Mr Besim in my official media request for an interview, given in advance to Corrections Victoria on 28 May 2019:

I am researching Albanian extremism in Macedonia. Is it possible to contact a prisoner Mr Sevdet Besim, the Australian Albanian terrorist now in prison to ask him some media questions to aid my research? Mr Besim’s family is ethnic Albanian from Macedonia and he might be able to throw some light on the topic I am researching.

My questions to Mr Besim are as follows: