Three and a half weeks before the Fall of the South Vietnamese capital of Saigon to the North Vietnamese on 30 April 1975, Indonesian President Suharto told Australia’s Prime Minister (Edward) Gough Whitlam that US ally South Vietnam could survive if the US didnt abandon it. 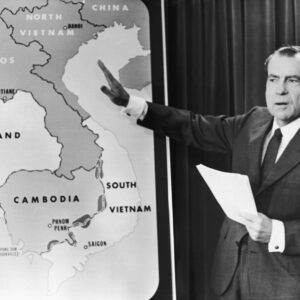 A newly declassified Australian document reveals that Indonesian President Suhartos view: “…United States attitude were vital to the survival of South Viet-nam. If the United States was still prepared to support South Viet-nam the Saigon government might stlll stand its ground…”

Suharto, an Indonesian Army general, came to power in Indonesia in a brutal anti-communist coup in 1965 which led to the deaths of many thousands of Indonesians, regardless if they were communist or not.

He was a vital US ally in Southeast Asia during the Cold War until his fall in the late 1990s. The US and Australia turned a blind eye to Indonesia’s brutal takeover of East Timor, a one time Portuguese colony, in 1975, and its contuined occupation of West Papua, which borders Papua New Guinea, a former Australian protectorate granted its indeoendece in 1975.

So Suharto’s assessment about South Vietnam’s chances of survival did carry some weight at the time. 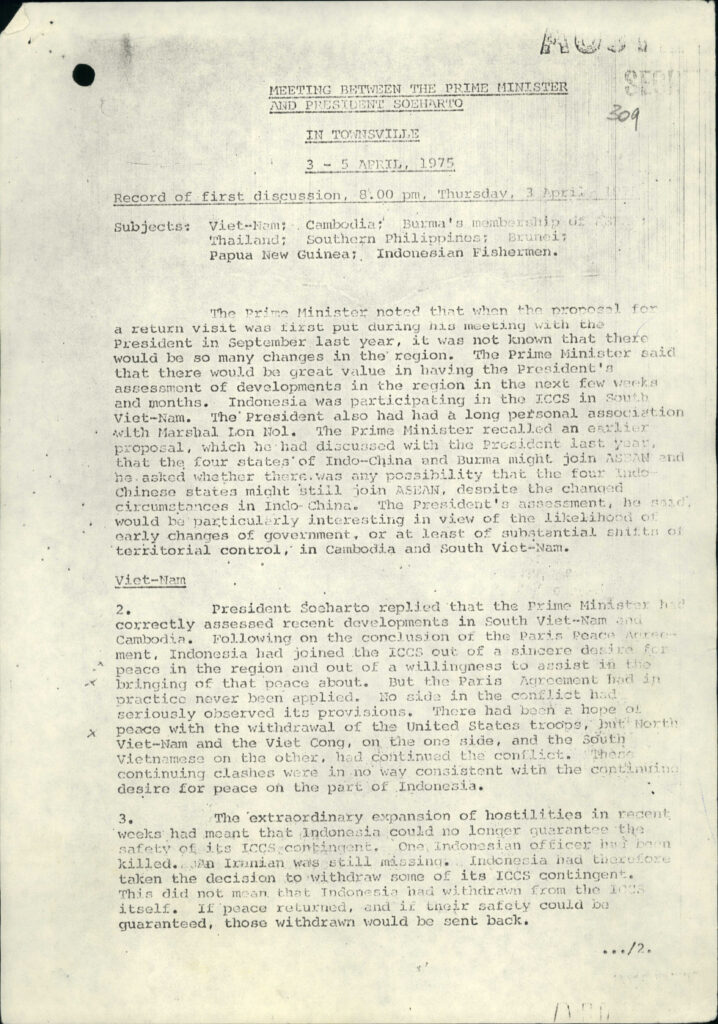 The US and its allies including Australia fought the Vietnam War from 1962 to 1972 to prop up the South from being taken over by the communist north. The war polarised many in the West – many some regarding it as a US “imperialist war” whilst others opposed communist aggression and supported the war.

By 1971-72, the US and Australia withdrew its combat troops. The war had become a quagmire with the US unable to deal effectively with the counterinsurgency war which had created a weariness amongst the American public who wanted to get out of Southeast Asia.

The Paris Peace Agreement reached between North Vietnam and the US in 1973 signalled the end of direct US involvement in the war.

The US did continue to supply South Vietnam with military aid until it was cut off.

In 1974 US President Richard Nixon was forced to resign or face impeachment over the Watergate scandal. He was a supporter of continued aid to the South.

Conservative Australian commentator Dr Gerard Henderson made the point in 2009:

“As a consequence of Watergate, [US President] Nixon and his successor Gerald Ford, under pressure from Congress, walked away from the US commitment to provide military supplies to the anti-communist regime in South Vietnam. “This contributed to the conquest of South Vietnam by communist North Vietnam, which was supplied by the (then) Soviet Union.”

On 30 April 1975 Saigon the capital of South Vietnam fell to North Vietnamese troops and the once divided Vietnam was reunited. The declassified Australian document also reveals Prime Minister Whitlam’s opposition to independence for East Timor, then a Portuguese colony, and West Papua which was controversially taken over by Indonesia in 1962. He also correctly predicted the secessionist crisis on Bougainville Island, a part of Papua New Guinea.