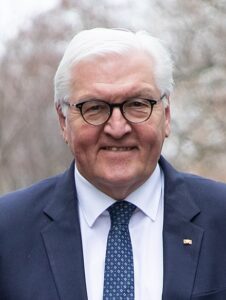 For students of history, the 1938 Munich Agreement is well known as the clever legal mechanism used by Nazi Germany’s leader Adolf Hitler to destroy the independent state of Czechoslovakia without firing a gun. Hitler 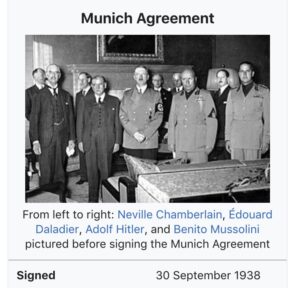 was shamefully aided and abetted by Britain and France, who followed a cowardly policy known as appeasement – giving into Hitler’s bullying in order to avoid a European war. Britain and France went to work on the Czechoslovak leadership, doing Hitler’s bidding.

The Munich Agreement led to Czechoslovakia surrendering a large chunk of its territory to Nazi Germany where a sizeable ethnic German minority known as the Sudeten Germans lived. Hitler had used this ethnic minority to make demands upon Czechoslovakia which could never be realistically met unless it led to its destruction. Czechoslovakia simply ceased to exist – after giving up the Sudeten German areas to Germany, Berlin later seized the rest of non German lands, Bohemia and Moravia populated by the Slav Czechs; and set up a Nazi puppet state of Slovakia – the other part that made up Czecho-Slovakia!

The policy of Western Appeasement of Hitler ultimately failed as Hitler’s appetite for more territorial conquests was not sated but further aroused. In 1939 the Nazi German dictator over reached himself and invaded Poiland and with the consequence that both Britain and France declared war on Germany. The rest, they say is history, World War II erupted.

EERIE ECHO OF MUNICH? The West (read US, EU, Germany etc.) using “Bulgarian” and Albanian minorities as blackmail of Macedonia?

Recently, the German president Frank Walter Steinmeier spent two days on an official visit to Macedonia. He addressed that country’s parliament. In essence his message was for Macedonia to give into Bulgarian blackmail if it wanted to open accession talks in joining the European Union. Bulgaria’s blackmail includes Macedonia changing its history to accept a Bulgarian narrative; and to change its constitution to include a “Bulgarian minority” – which barely numbers 3,500 – but this would not be reciprocal – that is the European Union does not require Bulgaria to recognise a Macedonian minority in Bulgaria, which long has been negated by the Bulgar authorities. The “Bulgarian minority” is already protected by Macedonian law as well as international conventions and agreements.

You would have thought German President Steinmeier during his visit Macedonia as a moral obligation would have condemned the statues of World War II Albanian Nazi collaborators – Xhem Hasa Gostivari and Aqif Krosi Recani – erected in Macedonia after 2006 and the Bulgarian cultural clubs named after Bulgarian Nazi collaborators, King Boris III and Ivan “Vancho” Mihailov . Yet the German President remained silent about Germany’s evil legacy from the Second World War in Macedonia, which unfortunately have manifested itself through statues and clubs.

The objective in placing a “Bulgarian minority” in Macedonia’s Constitution would be legal or constitutional mechanism that Bulgaria would use to make demands, just like Hitler did with the Sudeten Germans in Czechoslovakia, that could deliberately never be able to be met. If anything it would lead to collusion with the ethnic Albanian minority,–which numbers about 17% but deliberately inflated to 25% during a rigged census–to partition Macedonia.

Since its independence from Yugoslavia in 1991, Macedonia has faced an enormous uphill battle in getting international recognition under its constitutional name, the Republic of Macedonia. Greece fanatically opposed such a move and used its position as a staunch US ally, member of NATO and EU, to block Macedonia from joining those two supranational entities. So successful was Greece’s extortion it led to Macedonia capitulating and signing the 2018 Prespa Agreement, in reality engineered by the US, to change its name and get it into NATO for US strategic needs.. 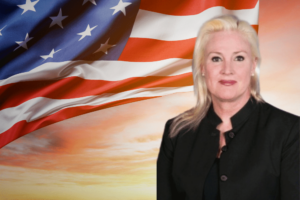 US Ambassador to Macedonia Ms Anglea Price-Aggeler has come out with all guns a blazing (pardon the US Wild West phrase) with her mission to defeat corruption in Macedonia, which is holding back the tiny Balkan state from taking its proper place in the Free World (pardon the US Cold era term).

It smells fishy, considering the US has deliberately made Macedonia a permanently dysfunctional state since its declaration of independence from the crumbling. Yugoslavia in 1991. As detailed previously in Alternate Comms, it was the US which pandered to Greece to block Macedonia’s international recognition over its name; it was the US which deliberately used corrupt politicians in Macedonia, many of whom were anti US and pro Yugoslav. But that didnt matter as long as they supported the US line. The icing on the foul tasting cake was the US installing right wing Albanian Neo Nazi extremists, led by Ali Ahmeti, via a 2001 war in Macedonia. The US cleverly presented itself as the “saviour,” the impartial third party peace negotiator. Pure nonsense of course.

But this new US mission to defeat the evil forces of corruption strongly suggests a poorly hidden political agenda, that is the US will use corruption claims against leading Macedonians in order to bully them to support changing Macedonia’s Constitution to appease Bulgarian blackmail. Any change or amendment to the Macedonian Constitution needs the vote of 80 out of 120 Members of Parliament – two thirds majority.

In September 2018 a referendum on Macedonia changing its name failed after a successful boycott campaign led to low voter turnout. That did not deter the US in the slightest. It stands accused of blackmailing eight “rebel” MPs from the main opposition party VMRO-DPMNE on the grounds of “corruption” to cross the floor and vote for the change.

Ambassador Aggeler’s behaviour suggests that Washington is now at the beginning of its final phase, that is to partition Macedonia between Albania and most probably Bulgaria. We’ve been given a hypothetical taste of what could come .

In 2017 in testifying for the US Congress, expert Professor Daniel Serwer gave a worst possible outcome (worst case scenario) for Macedonia if it remained politically dysfunctional but disingenuously he left out the crucial part, the US role in having deliberately made Macedonia dysfunctional.