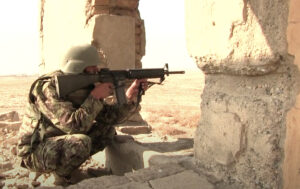 The fall of Afghanistan will have long lasting repercussions for the US. Put bluntly, can the US ever be trusted by its allies and potential allies?

Britain has ruined its excellent post 1949 counter insurgency war record in Afghanistan for the US; Australia has damaged the good standing of its Special Forces; Canada has lost blood and treasure. The only real strategic winners from the US disaster in Afghanistan will be Germany in the years to come and Pakistan, both ironically US allies. But let us not forget the Afghan people who have suffered and the thousands who have lost their lives. You’ve no doubt been moved by the chaotic and desperate scenes as Afghanis try to flee the capital Kabul on any available flight out of the landlocked country. Rising anger and fury is evident on social media at what Afghan supporters of the US see as a betrayal by the US. And the cliched but accurate comparison with the 1975 Fall of Saigon and US abandonment of its South Vietnamese allies.

For twenty years, the US led NATO mission battled the Taliban, a radical Islamic movement, who ruled Afghanistan with an iron fist. Beginning in December 2001, the US invaded the country to punish the Taliban regime for harbouring the Al Qaeda Islamists and its leader Osama Bin Laden who had orchestrated the terror attack on the American city of New York on September 11 of that year.

The Taliban regime was quickly overwhelmed by enormous US firepower and whatever was left of it, melted away to reform and re-energise later. But Bin Laden remained elusive. Years later he was killed by US Special Forces when found to be hiding in neighbouring Pakistan, a US ally.

A Taliban win in Afghanistan now means that Pakistan will use that ace to play on rival India. To shore up flagging support for the US amongst its European allies, Germany via the European Union will probably be called in to play enforcer. But other questions are: will radical islamists use Afghanistan as a springboard for terror attacks on the West? Will Russia, China and Iran use it as a way of countering the US? Will things eventually settle down?

I covered the war in Afghanistan by reporting from that country in 2007, 2008 and 2013. I was part of a Canadian media team led by experienced journalists Scott Taylor and David Pugliese. We travelled the diverse country from North and South; spoke to as many leading figures-both Afghani and Western, military, civilian experts and so on. We shot hours and hours of video footage, which was then put together in a two part Documentary series called Outside the Wire.

Even those Afghani leaders such as Pushtun warlord Pacha Khan Zadran, who supported the US invasion in 2001, expressed doubt in 2008 that the US would win in Afghanistan. This is because of the average Afghani’s (whether belonging to the Pushtun, Tajik or Uzbek ethnic groups which make up Afghanistan) fierce dislike of foreign masters dating back to the British Empire in the 19th century to the Soviets in the 1980s and 2001 US led NATO and Coalition mission. Zadran told Scott Taylor in an on camera interview for Outside the Wire:

“The US is as a blind man walking on a roof…sooner or later he will fall off.” 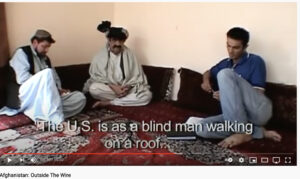 The Fall of Afghanistan will have far reaching consequences around the world, including the Balkans. Can US promises of security ever be believed? Is the US sincere or just motivated by its own narrow self-interest? In Macedonia, which is a NATO member, the US refuses to condemn right wing Albanian Neo Nazi extremism which poses a very serious threat to Macedonia’s security, as it did in 2001 and 2015. This isn’t an encouraging sign from Washington. Macedonia changed its name, was forced to erase its identity to please two other US allies, Greece and Bulgaria, but still the US won’t give Macedonia a symbolic guarantee of security. 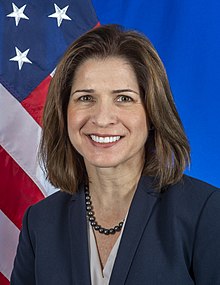 The US was willing to spend billions of taxpayers’ dollars fighting a 20-year war in Afghanistan, sacrificing US soldiers and knowing it couldn’t win & then to ingloriously run away and abandoned its Afghan supporters but the US refuses to issue a 20 second soundbite/video clip on social media, not costing a dime of the taxpayer nor the life of a US soldier, to condemn right wing Albanian Neo Nazi extremists who pose a genuine threat to the security of Macedonia, a newly minted NATO member.

This is can only be described as morally obscene, perverse & downright bizarre. Yes, you read write, not costing a dime of the taxpayer nor the life of a US soldier. It’s this arrogant, self-indulgent, spoilt child, brattish behaviour which loses the US friends around the globe.

The US State Department refuses to instruct Macedonia’s Ambassador Ms Kate Byrnes (pictured left) to issue a 20 second soundbite in which she condemns right-wing Albanian Neo Nazi extremism and calls for the removal of WW2 Albanian Nazi collaborator statues built in Macedonia post 2006, and which serve to radicalise Albanian nationalist ideology in Macedonia. Albanian nationalists are pro US and so a warning from the US would be heeded. This costs the US taxpayer absolutely nothing.