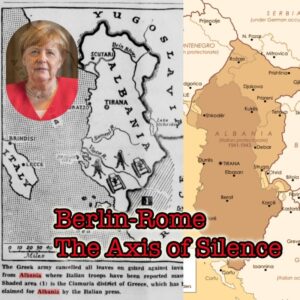 Germany and Italy’s deliberate silence over right wing Albanian extremists in Macedonia recently waving a flag of a Greater Albania, a Fascist Italy and Nazi Germany project during WWII including a large slice of Macedonia, confirms what many Macedonians have complained long and hard about, that these two aforementioned countries and including the US and EU, support these very extremists and use them for their own political and geo-strategic agenda in the Balkans. 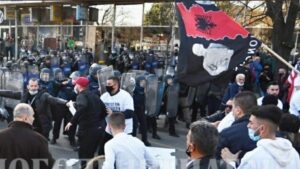 Albanian extremists have repeatedly taken to the streets in Macedonia over some flimsy pretext such as alleged lack of rights, even though a right wing Albanian nationalist party led by ex terrorist Ali Ahmeti has been a member of successive Macedonian governments over the past two decades. It has become de rigueur to wave Greater Albania flags, call provocative chants and openly glorify WWII Albanian Nazi collaborators such as Xhem Has a Gostivari. The West remains deliberately silent because it needs the support of this 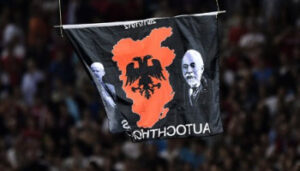 very vocal minority as a justification in meddling in Macedonia’s affairs. Grievances – some genuine and many fabricated – are given enormous coverage by Western news outlets but hardly anything on Albanian Neo Nazi extremism in Macedonia.

Today, both Berlin and Rome have a moral obligation to act. But refuse to. In Germany, Nazi statues are banned. However, in Macedonia there are WWII Albanian Nazi collaborator statues, which both Germany and Italy refuse to condemn. The irony is that these statues exist because of Germany and Italy’s nasty legacy.

Another nasty legacy of Fascist Italy is the deliberate policy of ethnic cleansing of Macedonians in Western Macedonia bordering Albania and replacing them with Albanian and Italian settlers during WWII in order to justify a Greater Albania. When Fascist Italy collapsed in 1943, Nazi Germany too over the reigns of the Greater Albania project. 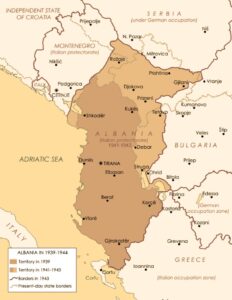 You will notice how Fascist Italy’s Greater Albanian it is similar to Albanian extremist Ali Ahmeti’s reason for starting his war in Macedonia in 2001: “our sole aim is to remove Slav [Macedonian] forces from territory which is historically Albanian.”

One of Ahmeti’s commanders in the 2001 war added: “Like all wars, ours was for territory – not because of some human rights.” 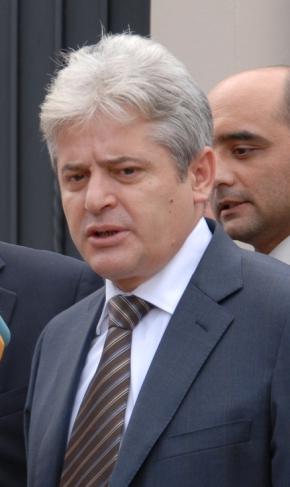 All of this now brings us to present day events, especially a controversial census being held in Macedonia, the first in over two decades. There are concerns that the numbers of Albanians will be greatly inflated to over 20 to 25% of the population in of Macedonia. The actual figure remains controversial ranging from 16 to 40%. Ahmeti has demanded in advance that the number of Albanians cannot be less than 25% – so in advance he has set the figure! In all likelihood, the Albanian numbers are less than 20%. Both Macedonians and Albanians have left Macedonia in large numbers. Albanian in Kosovo have left in large numbers. Their destination namely Western Europe/EU.

What gives credence to concerns about a rigged census is people living outside of Macedonia holding Macedonian citizenship can register online- and Australian Macedonian radio broadcaster Ico Najdovski Perin has deliberately shown that the process is flawed by registering his dead mother. Ahmeti’s lieutenant Artan Grubi, also Macedonia’s First Deputy Prime Minister, has urged Albanians living in Kosovo but hold Macedonian passports to register online for the census. Add to this the chaos that already exists in Macedonia over COVID-19 pandemic.

The “enthusiasm” for the census by Albanian extremists -whereas in the past they deliberately boycotted-again suggests a done deal and a need to get the Albanian numbers up in Macedonia by hook or by crook. Not surprisingly Macedonians in the diaspora-US, Canada, Australia, Western Europe-have largely boycotted the online census. Not forgetting Macedonia’s Foreign Minister, Bujar Osmani belongs to Ahmeti’s Neo Nazi party DUI. Imagine Australian Jews holding Ukrainian. citizenship asking to register online for a Ukrainian census and the foreign minister is a Neo Nazi?

All of this suits Germany, Italy, the US who are the sponsors of Albanian Neo Nazi extremists in Macedonia. It also explains the refusal to condemn such extremists. It was the US, according to the Guardian newspaper, which armed and trained them and let them loose in Macedonia in the 2001 war. They are 100% loyal to the US and its agenda. Washington regards Greece and Bulgaria as more strategically important than Macedonia. A Macedonian identity is fiercely opposed by both Greece and Bulgaria, hence why Macedonia’s name was changed via the Prespa Agreement in 2018. A so called Goodneighbourly Deal was signed in 2017 between Bulgaria and Macedonia, which isa nothing more than a form of extortion. Macedonia has to surrender its history to Bulgaria in order for Sofia not to block Macedonia’s EU membership. Hence, a handy loyal Albanian political client in Macedonia is one of the US’s clever ways of manipulating events. 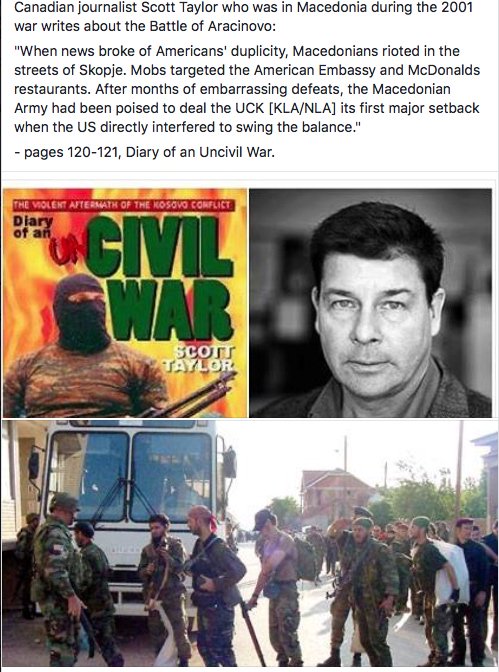 There never was a justification for an ethnic Albanian uprising in Macedonia in 2001, which began as a grab for territory but was forced to change and claim its was for greater rights for Albanians in Macedonia, when it was on the verge of being defeated by the Macedonian security forces, who began badly. Canadian journalist Scott Taylor, in his book Uncivil war, was in Macedonia during the conflict and confirmed US interference. 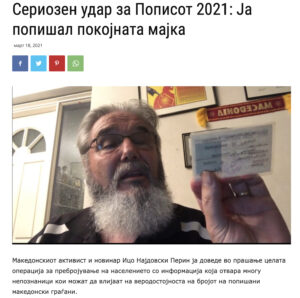 What gives credence to concerns about a rigged census is people living outside of Macedonia holding Macedonian citizenship can register online- and Australian Macedonian radio broadcaster Ico Najdovski Perin has deliberately shown that the process is flawed by registering his dead mother.