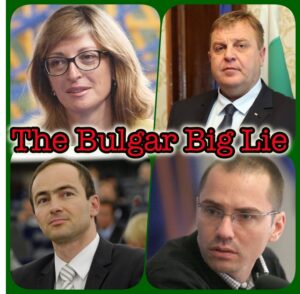 It was Nazi German dictator Adolf Hitler who said that if you told a big lie and repeated it constantly it becomes fact.

Bulgaria’s leaders ranging from Foreign Minister Ekaterina Zaharieva, Defence Minister the bombastic Kressimir Karakachanov to Members of the European Parliament Andrey Kovatchev and Angel Dzambazki as a chorus have repeated that a Serb conspiracy in Macedonia works against Bulgaria and makes Macedonians hate Bulgarians. In essence -and with some variations here and there -collectively that’s the “Big Lie.”

Bulgaria’s racist claim posits that Macedonians are allegedly Bulgarian who were “turned” into Macedonians after WWII by Serb-Yugoslavist influence under Yugoslav communist rule Marshal Tito whose reign lasted from 1945 to 1980. And it is this “legacy” that stops Macedonians from returning to the Bulgar fold.

It’s a nonsense claim obviously. Spending too much time going over old ground is a waste of time,  other than to say that a distinctive Macedonian identity existed way before WWII and still exists today -and there is ample evidence to support it.

Here are just one of many examples – 1905 Jewish American leader Leon Zolotkoff in a speech reported in the US press: “Greeks, Roumanians and Macedonians have established nationalities within the past century.” 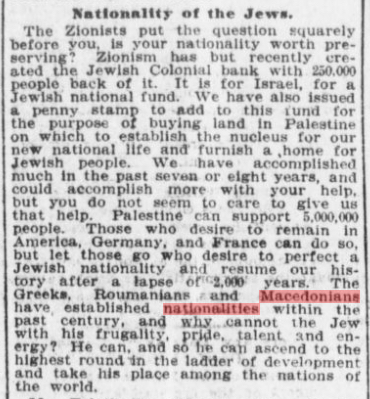 So why does Bulgaria use the “Big Lie?”  Simply put its propaganda is bankrupt and threadbare and downright silly. Out of desperation, it needs something to justify its pure blackmail, extortion of Macedonia. Bulgaria has blocked Macedonia’s bid to join the European Union unless it agrees to Bulgar demands that Macedonia changes its history and identity in accordance with Sofia’s wishes. It’s Orwellian.

But comes as no great surprise after Greece, with US backing in the background, imposed the Prespa Agreement in 2018 which forced Macedonia to change its name and give up parts of its history and identity. In return, Greece removed its 28-year veto of Macedonia joining both the EU and NATO.  In 2017 a so-called Goodneighbourly agreement was signed between Bulgaria and Macedonia to accommodate Bulgarian bullying. This saw the absurd establishment of a Joint history commission that would assess if Macedonian heroes, such as Goce Delcev, were Bulgars or Macedonians. Again, it is Orwellian. Bulgaria also demands its role in the Holocaust of Macedonia’s Jews during WWII not be mentioned. Bulgaria collaborated with Nazi Germany during WWII.

Getting back to Bulgaria’s Big Lie –  that a Serb conspiracy in Macedonia works against Bulgaria and makes Macedonians hate Bulgarians.

Key supporters in Macedonia of Bulgaria and the Goodneighbourly Agreement are pro US Serbs such as Borjan Jovanovski, a media pundit/commentator who is close to both Macedonia’s Prime Minister Zoran Zaev and ex-Foreign Minister Nikola Dimitrov, the signatory to the Prespa Agreement. 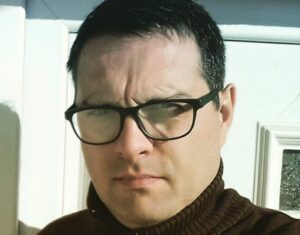 Another pro-US Serb in Macedonia, Nenad Jovanovic, who is PM Zaev’s unofficial mouthpiece in the media, has word for word repeated the Bulgarian racist view that Macedonians were created after WWII – meaning that they were Bulgars (or Serbs) who were transformed into Macedonians by Marshal Tito, Communist ruler of Yugoslavia (1944-80). Interestingly enough notorious Serb warlord in the 1990s Yugoslavist wars, Zeljko Raznjatovic-Arkan shared the same view as Jovanovic and  Bulgar politicians Zaharieva, Kovatchev, Dzambazki and Karakachanov.

Neither Jovanovski nor Jovanovic, despite claiming to be “anti-nationalists” have ever protested against Serbia or Serbian nationalism outside the Serb Embassy in Skopje to back up the Bulgarian claim of “Serb interference” in Macedonia which means there is no such interference.

Pavle Bogoevski, the leader of the Western-backed Colour Revolution in Macedonia which brought down the Gruevski government in 2016, is a Serb who supports the Goodneighbourly Deal with Bulgaria, the Prespa Agreement, NATO membership, Macedonia’s name change, yet he aggressively refuses to protest against Serbia.

So you can now see how nonsensical the Bulgarian claim is. It’s pure fiction.