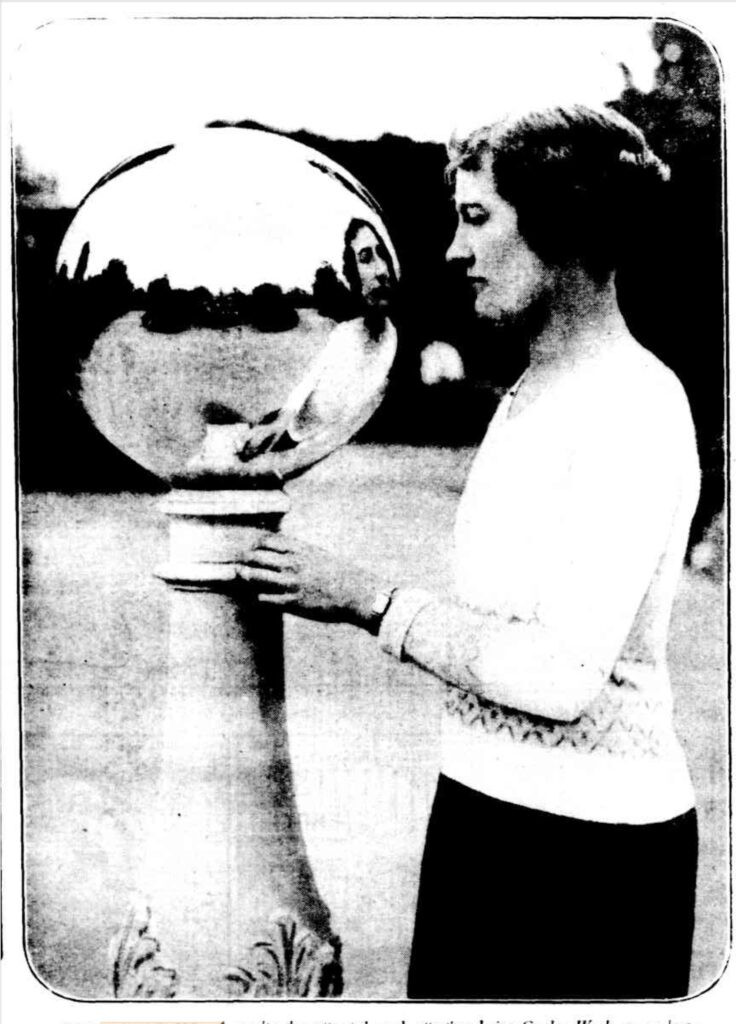 The strategic crystal ball – what does it hold for Macedonia?

US to partition Macedonia within a decade? Has the count down to the Serwer Scenario started?

I don’t profess to hold any magical or supernatural powers reputedly held by the famous 16th century French seer Nostradamus but I rely instead on logic and the available evidence, and the United States’s pattern of previous behaviour of salami slice tactics to make a bold predicition that the US will paritiion Macedonia amongst Bulgaria and Albania within a decade if the Western-backed Bulgarianisation of Macedonia is not stopped.

Whoa, that’s pretty heavy stuff. Yes it is. But it is the only conclusion one can reach after Macedonia was strong armed into accepting Bulgaria’s blackmail for entry into the European Union. I’ve discussed the 2017 Serwer Scenario previously and will explain it again (below) and how it fits into recent developments

Can the US be stopped from partitioning Macedonia? The answer is yes but a small slightly ajar door of opportunity exists to do so.

Many of you Balkan Watchers out there would have seen the clever and decceitful manner in which French President Macron, doing the US’s bidding, came up with a last minute plan before France handed over the EU Presidency to the Czech Republic in which he embraced all of Bulgaria’s demands. Demands that Macedonia must meet if Bulgaria would lift its veto of Macedonia joining the EU which it has waited so long and given up its name already to earlier Greek extortion.

The Dutch Ambassador to Macedonia even told Macedonians in a patronising manner that they should hold their noses and swallow the bitter Bulgarian “medicine”  to gain entry into the EU. But is it all worth it, in order to be erased eventurally? 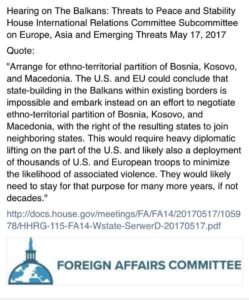 What is the Serwer Scenario? In 2017 an American academic Professor Daniel Serwer testified before the US Congress on Foreign Affairs issues relating to the Balkans. He offered his analysis on Macedonia, going through likely future outcomes. In one of those scenarios, a worst possible outcome (or worst case scenario to use a CNN term) he posits the European Union and or the United States militarily Intervening in Macedonia and partitioning it- most probably between Albania and Bulgaria. He disingenuously adds the qualifier if nation-state building fails in Macedonia, then the Europeans and US would be compelled to go in. What he doesnt explain is the US has made sure that nation-state building in Macedonia has been sabotaged right from its infancy. We’ve outlined this previously in what we call Salami Slice Tactics – where Macedonia has been sliced piece by piece until nothing is left.

“When Macedonia declared its independence in 1991 from then crumbling Yugoslavia, the US and UK, in support of Greece, deliberately sabotaged Macedonia’s recognition under its constitutional name, forcing the tiny Balkan state into signing the 1995 Interim Accord with Greece. That was one slice.

“Then came the 2001 war in Macedonia started by US trained and equipped right wing Albanian Neo Nazi Ali Ahmeti. Another big slice. This resulted in the Ohrid Framework Agreement, in effect creating an Albanian statelet within Macedonia. A huge slice. Then the so called 2017 Goodneighbourly deal with Bulgaria, a massive slice. And the Prespa Agreement with Greece and name change of Macedonia. A gigantic slice. Let’s not forget the rigged census held recently. Another slice. Soon there won’t be anything left of Macedonia and Macedonian identity. to slice off!”

There is fierce pressure being applied by the West upon Macedonia to change its constitution – part of the Bulgarian blackmail demands – and include a Bulgarian minority in the country’s constitution. However, a two-thirds majority of Parliament, which is unicameral, is needed. At the moment the main opposition party, VMRO-DPMNE is refusing to support the constitution change. In 2018 VMRO-DPMNE “renegades” crossed the floor and voted for the Prespa Agreement signed with Greece that ended up changing the country’s name and in effect beginning the process of erasing Macedonian identity. This was strong-armed through the Macedonian parliament by the US because it needed Macedonia into NATO which Greece had blocked for decades. Bulgaria having watched from the sidelines at what Greece managed to extort has imposed its own shopping list.