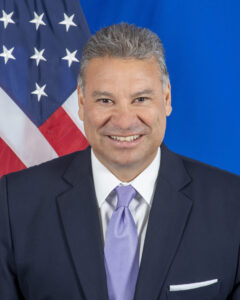 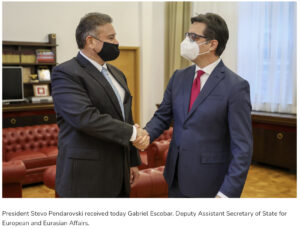 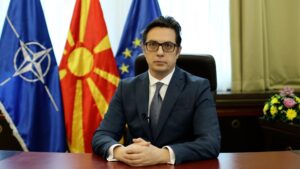 To give some background, Macedonia has been blocked from joining the European Union by Bulgaria’s veto. Bulgaria demands that Macedonia hand over its history, language and identity, not all already erased by the US brokered Prespa Agreement with Greece. It’s pure blackmail, extortion by a stronger state over a weaker one. The Prespa Agreement led to Macedonia changing its name to “North” Macedonia – in effect erasing Macedonian identity. Greece from day one in 1991 when Macedonia declared its independence from the crumbling Serb dominated Yugoslavia has blocked the tiny Balkan nation from joining the European Union and NATO until it changed its name.

Greece and Bulgaria lowered just enough opposition for Macedonia to join NATO. This was not for Macedonia’s benefit but for US strategic needs of keeping the Russians out, even though they were never there to begin with! You’re getting the drift of the diplomatic poker game at play, bluff and counter bluff. The US playing the Russia hand to scare people into accepting its agenda and if that doesn’t work passing a US Presidential Executive Order “criminalising” dissent over the Prespa Agreement. That doesn’t sound like democracy in action but more like old fashioned Gun-boat or if you will permit Gun-vote diplomacy.

A referendum was held in Macedonia in September 2018 over the issue of changing Macedonia’s name for NATO and EU membership. It was deliberately boycotted in protest. But that did not later stop Prime Minister Zaev using unsavoury tactics of blackmailing a number of opposition MPs with jail over “corruption” or “terrorism” charges. Zaev managed to find 8 MPs necessary for secure a two-thirds majority to change Macedonia”s constitution, which was an obstacle to changing its name.

There were local elections in Macedonia in October 2021 in which PM Zaev’s ruling party SDSM lost heavily. Zaev promised that if his party did not do well at the ballot box, he would resign. It’s been an ongoing saga with him. coming and going and eventually agreeing to leave. There was a majority of 61 out of 120 Members of Parliament, including Macedonian and Albanian politicians, about to hold a vote of no confidence in the Zaev government and triggering new elections.

One of those MPs Kastriot Rexhepi from the Albanian party BESA pulled out at the last minute. No one knows if he was temporarily kidnapped, threatened or for that matter induced by foreign governments to keep Zaev or at least Zaev’s gang in power until Macedonia handed over its last remaining identity to Bulgaria. Rexhepi spent many years as an employee of the Netherlands Embassy in Macedonia, a kind of Swiss style finishing school for Albanian nationalists who become politicians in Macedonia. One of those graduates is Artan Grubi, now Deputy First Prime Minister of Macedonia and belongs to DUI, the right wing Albanian Neo Nazi party in Macedonia which now pretends, poorly for that matter, to be a Greens party.

Zaev has lost the support of BESA, with the exception of renegade Rexhepi. So to make up the numbers and keep power, he has enticed Afrim Gashi, leader of the Albanian nationalist party calling itself Alternative. Gashi has been rewarded with many ministries despite his party having a handful of MPs. Moreover, Gashi’s party is openly homophobic, attacking the Gay Pride March held in Skopje, the Macedonian capital earlier this year. This doesn’t seem to pose a problem to the EU, especially Germany and the Netherlands who have attacked Hungary over its “homophobic” laws. But when EU (read US) strategic interests are at stake then hypocrisy is not a problem !

Zaev’s other coalition partner is right wing Albanian Neo Nazi Party DUI led by Ali Ahmeti and one of his lieutenants, Artan Grubi, is First Deputy Prime Minister whilst another Bujar Osmani is Foreign Minister

One of the US’s foreign policy strategies since time immemorial has been the use of proxies to do its bidding. There’s nothing particularly sexy about this. All superpowers and empires, including the Russians and Germans, have used such methods, ruling through local vassals or puppet states. In most instances via corrupt or compromised native leaders or chieftains.

British pundit Peter Hitchens in his brilliant analysis of post WWII Germany and its role in the European Union mentions the concept of “limited sovereignty” devised by Imperial Germany and used in World War in the establishment of the Ukraine as a way of weakening Tsarist Russia.

To give an American example to illustrate the point of “limited sovereignty,” Washington “assisted” a Panamanian “independence” group to break away from Colombia who on achieving its objectives the next day handed over its “independence” to the US. The US then built the Panama Canal, which became US sovereignty territory until eventually handed back to the Panamanians.

You get your proxies to do the dirty work whilst keeping your hands clean and appear the good guy. In 2001 the US let loose Albanian Neo Nazi extremists led by Ali Ahmeti in a war to install them as future proxies. And for the past two decades Ahmeti, who post war formed the DUI party, has been in power as a coalition partner of success Macedonian governments and also as political kingmaker.

SDSM has elected a new leader, a virtual unknown by the name of Dimitar Kovacevski, to replace Zaev. Zaev still remains Prime Minister for now but will eventually hand over that position to Kovacevski at some point. When, is anybody’s guess. But one thing for certain Kovacevski is not his own man and he would have to have been “cleared’ by the US first. It now remains to be seen when Zaev as final act as Macedonia’s Prime Minister gives into Bulgarian blackmail or lets Kovacevski take the fall on behalf of US strategic interests.

To put it bluntly there are 4 US military bases in Bulgaria, which are of more interest to Washington than allowing Macedonians to keep their identity.