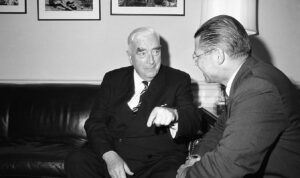 A controversial World War II Serb nationalist leader, given sanctuary by the US postwar and wanted for Nazi war crimes in Yugoslavia, was given permission to enter Australia in 1965 and 1975, according to a newly declassified Australian intelligence (ASIO) file. His first visit may have been in support of Australia’s war in Vietnam.

Momcilo Djujic (1907-99), leader of the Serb Chetnik movement in wartime Yugoslavia, was accused of collaborating with the Nazis during World War II but ended up in the US and on the CIA payroll during the Cold War as an anti communist activist. Many declassified CIA files on Djujic reveal his lengthy collaboration with the CIA . The CIA deliberately let in many Nazi collaborators from Eastern Europe: Lithuanians, Latvians, Ukrainians, Bulgarians, Albanians, Croats and others-into the US during the Cold War to be utilised against the Soviet Union. 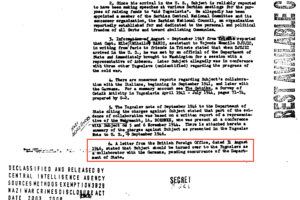 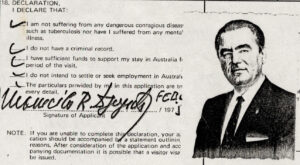 Yet the declassified ASIO file on DJujic makes no mention of this 1950 CIA report but has instead denied his role as a Nazi collaborator.

The 1965 visit of Djujic in Australia coincided with conservative Prime Minister Menzies sending Australia troops to South Vietnam to fight against a communist insurgency. Djujic, a fanatical anti communist on the US payroll, was, according to the ASIO file, urging Australian Serbs to volunteer for the Australian Army for service in Vietnam. Djujic also boasted of recruiting Serb Americans to serve in the US army. 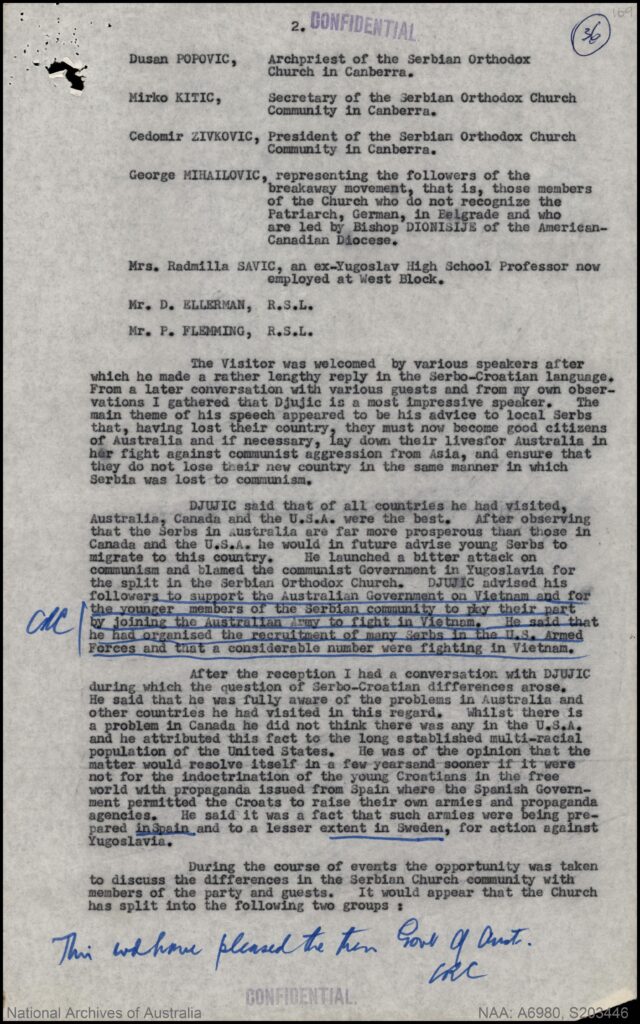 A 1975 visit by Djujic was also approved. The Yugoslav Embassy complaining to Australian authorities that it was a deliberate attempt to spoil a planned visit by Communist Yugoslavia’s ruler Marshal Tito to Australia. In 1970s Australia Yugoslavia was a burning security issues with Croatian nationalists involved in anti Yugoslav activities.

In later years, Djujic became the spiritual godfather of notorious 1990s Bosnian Serb warlord Vojislav Seselj convicted of war crimes in Bosnia during the wars in the former Yugoslavia.

Australian officials when checking Djujic’s past had some confusion over the spelling of his name which might have inadvertently led him to be being cleared to enter Australia. There was confusion over a Momico Djuic and a Momcilo Djucic. There was no adverse finding over the name Momico Djuic but a Momcilo Djujic was on the UK suspect list of 1955, believed to be list of persons wanted for Nazi war crimes. 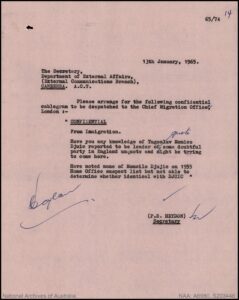