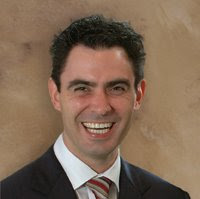 Tim Holding the peace-maker/ circuit breaker in Defence Dispute?
PM RUDD WONT SAY IF HOLDING’S THE MAN FOR A-STAN
By Sasha Uzunov
Copyright 2009
It what would have only taken a few minutes to confirm or deny if Victorian State Government Minister Mr Tim Holding was being considered to head a trouble shooting mission to Afghanistan on behalf of the Prime Minister, has turned into a month long saga with the PM’s media office refusing to comment either way.
With tensions mounting between the Defence Department‘s civilian top brass and the Federal government over the SASR pay dispute, perhaps it has been wise not to add fuel to the fire.
The Defence Minister Joel Fitzgibbon has launched a well crafted media campaign where he has vented his “anger” at his department over being kept in the dark on a number of issues. In an unusual move, his predecessor, Dr Brendan Nelson, from the opposition, backed him up in Federal Parliament. Subsequent events, such as the SASR pay dispute, have confirmed what Team Uzunov blog revealed more than a month ago about the break down in communication.
Nearly three weeks ago a media query about Mr Holding was put to PM’s Chief of Staff and highly paid Wiz kid advisor Alister Jordan but there was no response. Ms Jamilla Rizvan of the PM’s Media unit was contacted but again no response.
Team Uzunov blog, in an exclusive story on 30 January 2009, revealed that a leading Australian strategic analyst, who has the ear of the government, floated the idea of Mr Holding to act as a kind of circiut breaker in the break down on communication between the army brass and the government over the flow of information about Afghanistan.
Pundits say Mr Holding is a well respected politician and a former Australian Army Reserve Special Forces soldier who would be able to “talk the talk” whilst Mr Fitzgibbon, a former automotive electrician without military experience, has been waging a losing battle to bring to heel the civilian top brass.
Below is the story published on 30 January 2009, which was also quoted in The Age newspaper:

0 Replies to “HOLDING- THE PEACEMAKER/CIRCUIT BREAKER?”