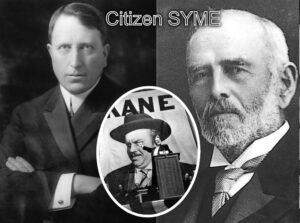 Australian Britisher and Scotsman David Syme (1827-1908) was a legendary colonial Australian newspaper editor on par with the controversial American press baron William Randolph Hearst (1863-1951). In fact there are some eerie parallels between the two men.

Syme, a Scottish migrant to the British colonial of Victoria, Australia, became a powerful figure in the political life of the colony with his newspaper The Age, which still exists today. It could make or break governments. Such power earnt him the sobriquet of King David. Syme never entered politics but his protégé Alfred Deakin became Prime Minister.

Syme built his reputation as a crusader against corruption, advocated protection of local industries and opening up colonial land to settlers and getting it out of the hands of a few select landed gentry known as squatters. 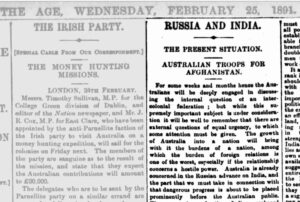 Syme was one of the strongest backers of the British Empire’s war in South Africa against the Boers (1899-1902) donating large sums of his own money to the war effort and to a monument for fallen Victorian/Australian colonial troops.

British Royal Navy Lieutenant later Captain James Cook, who claimed Australia’s Eastern seaboard for the British Crown and dispossessed the indigenous people of their land, was Syme’s hero, so much so he wanted the date of Cook’s landing on 28 April 1770 to be commemorated as Australia Day.

Australia, federated in 1901, that is the six existing British colonies of Victoria, New South Wales, South Australia, Western Australia, Queensland and Tasmania formed the Commonwealth of Australia, itself a British dominion, self governing colony. London handled all of Australia’s Foreign and Defence policy until 1942. Britain colonised the Australian continent in 1788, dispossessing the original owners, indigenous Australians also known as Aborigines.

David Syme, out of his own pocket, funded a 1901-02 research expedition into central Australia by a controversial English academic and anthropologist Walter Baldwin Spencer to study Australia’s Aboriginal people. Baldwin Spencer later became a federal government expert on the indigenous peoples and peddled some patronising, nasty views and also managed to be appointed President of the Victorian Football League (now the Australian Football League) – the governing body of Australian Rules Football – from 1919 to 1925. In 1923 indigenous leader David Unaipon strongly criticised the English academic’s claim that Aborigines were a dying race due to being “primitive.”

W.R. Hearst rose to (in)fame as a powerful press baron in the United States running stories around scandal, corruption and human interest. Like Syme, he saw the value in being a war monger. It is said the United States got involved in a war with the Spanish Empire, known as the Spanish American War which last from April to December 1898, and saw the US defeat the already declining Spanish and  rise as a neo colonial power. Spanish colonial possessions, the Philippines, Guam, Puerto Rico and Cuba were handed over to the US. Hearst went into politics whilst Syme played political kingmaker from the sidelines. 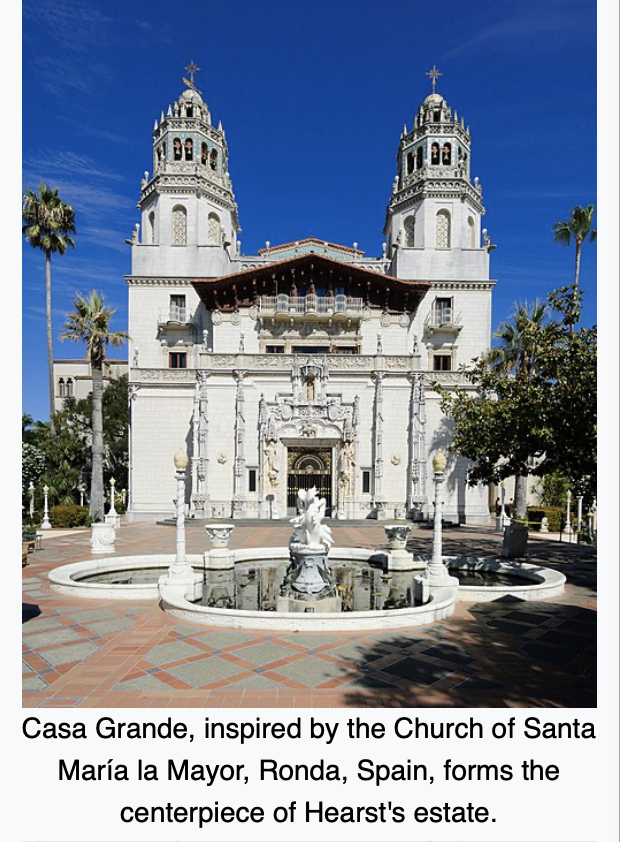 Hearst’s abode whilst alive was grandiose, the notorious Hearst Castle. Equally, Syme was given a grandiose, preposterous abode, final rating place when he died. Who else has a mock Ancient Egyptian temple erected in their honour, other than David Syme in the Kew (Boroondara) Cemetery in Melbourne’s inner-eastern suburbs! The “temple” pays homage to the Ancient Egyptian Gods of Isis and Osiris. Syme, raised a Presbyterian Christian, was a Spiritualist who even attended seances. Did he believe in an afterlife?