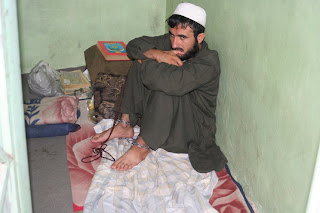 A report in today’s The Australian newspaper by Mark Dodd has revealed that Australian soldiers are detaining Afghan Taliban suspects in dog pens, which are culturally insensitive.

Before we jump on the Abu Ghraib Iraqi prisoner scandal bandwagon here, let us get all the facts before we condemn our soldiers.

Let me tell you, it is not the place I would like to be held. The NDS (Afghan Intelligence) run Detention centre for Taliban suspects in Kandahar has improved as the local authorities are eager to comply with western standards.

I am sure our soldiers are aware of the Geneva Convention and prisoner of war procedures and so on.

The balance that needs to be weighed up is keeping suspects safe and secure, and cultural sensitivity. In a war zone this is something very hard to juggle. But it is part of the winning of hearts and minds.