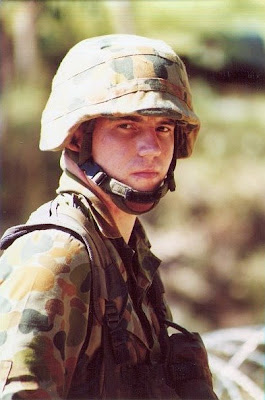 On Line Opinion – Australia’s e-journal of social and political debate.

GENERALS AND DIGGERS SAVED THE DAY IN TIMOR

Influential Defence expert and former Fairfax journalist, Hugh White, has revealed that Australia’s involvement in East Timor succeeded because of the Indonesian military’s (TNI) reluctance to fight a full scale war; this is partly true.

“Interfet succeeded as well as it did largely because Habibie and the TNI allowed it to succeed,” White said.

Interfet was the name of the 1999 Australian led mission to restore order after East Timor declared its independence from 24 years of harsh Indonesian occupation. BJ Habibie was the then President of Indonesia who permitted East Timor to hold a UN supervised referendum.

White, who was the deputy secretary (strategy and intelligence) in the Defence Department, and the mastermind behind the Interfet mission, fails to mention four big factors behind the success.

They are: the brilliant leadership of two Australian Army generals, Frank Hickling and Interfet Commander Peter Cosgrove, the calibre of the Special Forces, the SASR, and the ordinary digger when confronted by the pro-Indonesian militia groups.

There was a secret war in East Timor fought by Indonesian Special Forces: Kopassus. The objective was to inflict as many casualties on Australians and New Zealanders in the hope that their respective governments would withdraw.

The Howard government at the time deliberately used the Army’s elite Special Forces unit, SASR (Special Air Service Regiment), to do most of the fighting in East Timor: fighting which should have been performed by the infantry.

The political logic was that the public and media would accept SASR casualties rather than a 19-year-old infantryman, fresh out of home or from a small country town.

But political logic does not necessarily make good military sense and vice-versa. In East Timor the pro-Indonesian militia tried to inflict as many casualties as possible on our infantry units, including battalions made up of many reserve/part time soldiers, in the hope that Australia would withdraw.

White is quiet on the issue of throwing reservists into the deep end after the regular army had been gutted; it was only the quality of the ordinary Australian soldier which stopped a disaster from happening.

It was General Frank Hickling’s foresight in 1998 as the Chief of Army that should be acknowledged. He issued his famous “back to basics” order that all Australian soldiers, regular and reserve, must sharpen their war fighting skills. He was concerned at the rundown of the Army.

Ironically, it was White and another defence expert, Paul Dibb, who were the prime movers in cutting back Army numbers in the late 1980s. Neither have ever served in uniform.

“Unfortunately, Australian defence policy has been mainly wrong for the whole of this period. Even after we committed troops to East Timor, Professor Paul Dibb, the policy’s chief architect, was standing in front of parliamentary committees vowing that Australia would not be conducting what he called “expeditionary” operations out of the region. This was despite a series of major UN deployments over many years to places as far a field as Rwanda and Somalia. Afghanistan and Iraq have hopefully now discredited this logic.

“At the same time, Dr Hugh White was arguing in initial drafts for the 2000 white paper to reduce the size of our army to about 19,000, on the basis that, like Professor Dibb, he didn’t see the Government needing options for deployment out of the region, particularly for sending the army. The result has been an incredible demand on the dedication and professionalism of our special forces as they have again been thrown into the breach that our supposedly expert defence planners couldn’t predict.”

War is a serious business and it needs to be left to the professionals, not arm chair generals.